Moanbaun Sports Development Project aims to deliver a unique, state of the art, sports and community facility located in the heart of East Galway. This will deliver a flood-lit, full size 4G astroturf soccer pitch, surrounded by an 8-lane athletics track set in a newly developed, accessible, sustainable and environmentally friendly community park. Situated within 2km of the intersection of three motorways and being served by an inter-city rail route, this facility is easily accessible not just from County Galway but also nationally. This is a joint venture between Athenry Association Football Club and Athenry Athletics Clubs (Senior and Juvenile). 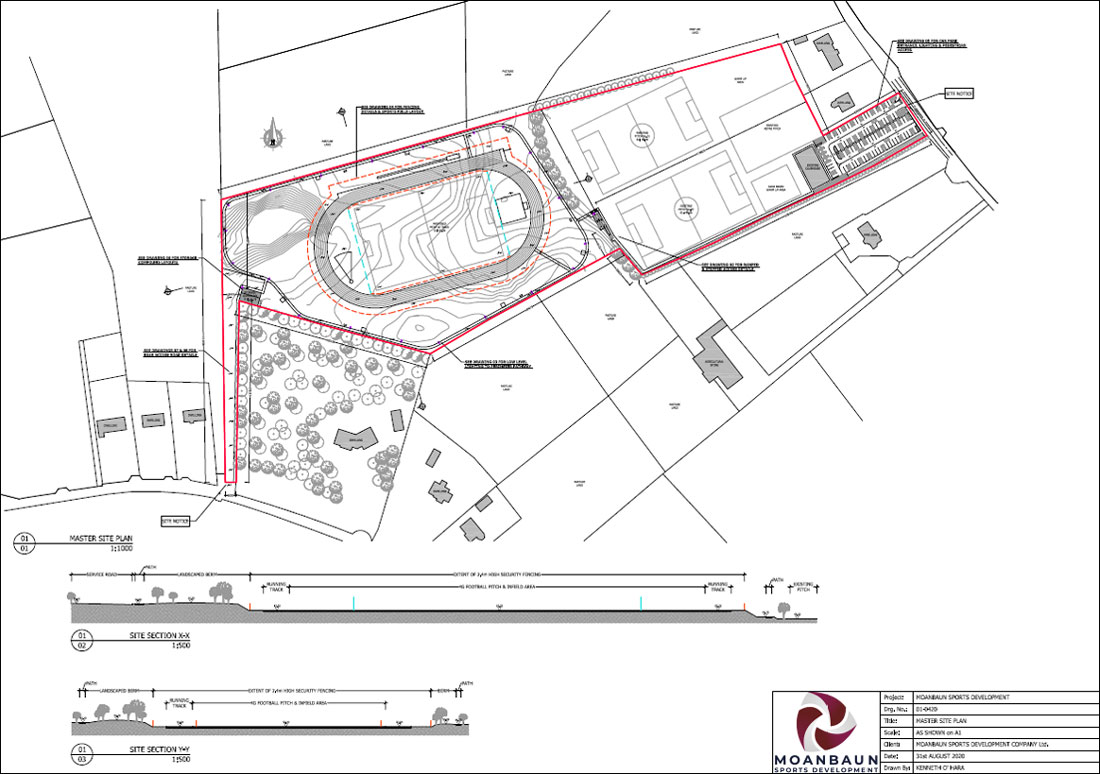 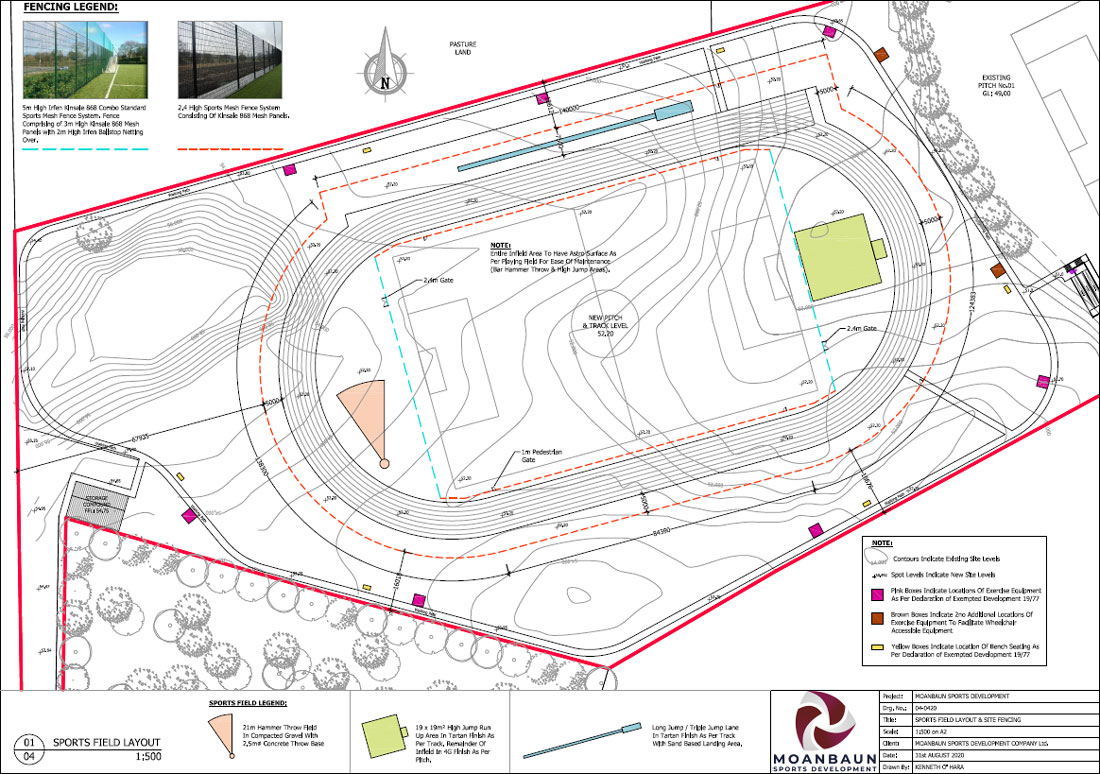 In 2015 Athenry Association Football Club & Athenry Athletics Club (Juvenile & Senior) agreed to work together with the goal of providing additional sporting facilities that would benefit both clubs. The group purchased 9 acres of land adjacent to the existing football club with the aim of providing a full size 4G all-weather football pitch plus a 400m tartan running track with associated jump lanes & floodlighting. This would greatly compliment the existing grass pitches of the existing football club grounds whilst it would finally give a home to the athletics club, benefiting a combined membership of close to 1,000 members of all ages, genders, race & abilities.

For the next two years the group concentrated on fundraising & design so that by the end of 2017 planning permission was obtained for the development and also, importantly, any debts resulting from the land purchase were completely cleared. During this period the group also formed a highly skilled Development Committee from within the clubs, consisting of a Quantity Surveyor, Solicitor, Architect, Project Manager, Developer & more, ensuring the scheme was guided by a team with a wealth of knowledge in bringing large scale construction developments to fruition.

Since 2018 the group have been successful in three grant applications through the Galway Rural Development (Leader Project) Scheme, to the value of €103,000 (total value of works including self-funding element €148,000), to provide a tarmac perimeter walkway, bench seating, outdoor exercise equipment plus accessibility works & disabled accessible exercise equipment to ensure the scheme is available to people of all abilities. To compliment this the group were also successful, in co-operation with Galway County Council, in the awarding of €45,000 for the construction of a public footpath between the adjacent ring road and the facility, ensuring a permanent and safe link between Athenry Town & the sports development.

To enable the above grant awarded works be undertaken (Phase 2) the group decided to kick start the project and self-fund the initial site preparation works (Phase 1), to the value of €60,000, so that by the end of 2020 what was once a sloped, overgrown field emerged as an attractive, contoured sports arena complete with community walkway and exercise facilities. Most importantly, the track & pitch area are now compacted and levelled, ready for final drainage & playing surfaces (Phase 3).

Excitingly, during the recent Phase 1 works we teamed up with Athenry Tidy Towns who have prepared a landscaping layout for the site and on Saturday, 18th December 2020, approximately 4,000 trees & hedges were planted by the Tidy Towns and club members in conjunction with Athenry Mens Shed. This, over time, will create a truly wonderful parkland setting with the pathway snaking through native woodland species with park benches and outdoor exercise equipment located throughout.

Since the walkway opened in November 2020, we have seen the facility used on a daily basis by every walk of life, young and old. Some people run it, some walk, some by themselves and others with their family. The ring road nearby has been a great health benefit to the town as a walking / running route and now to be able to veer of it onto a parkland setting walkway is a great addition. 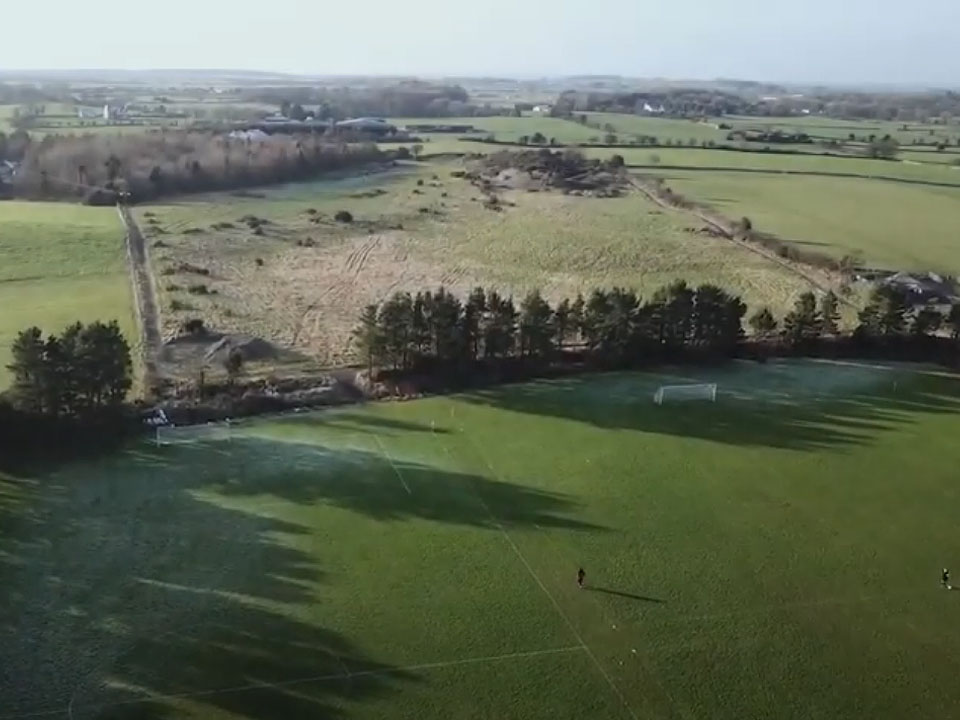 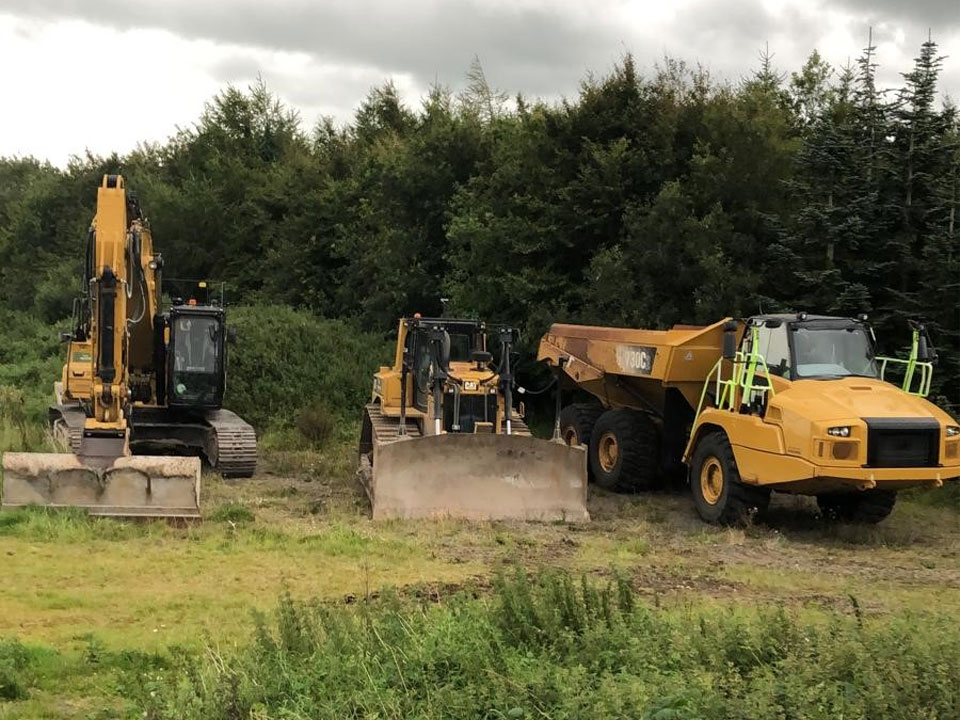 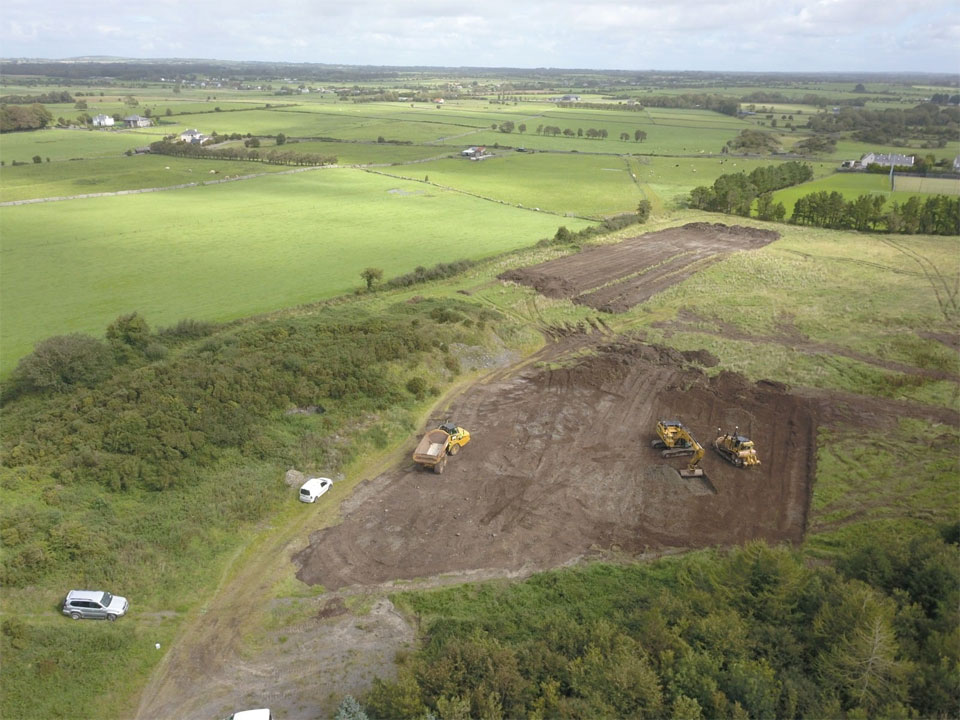 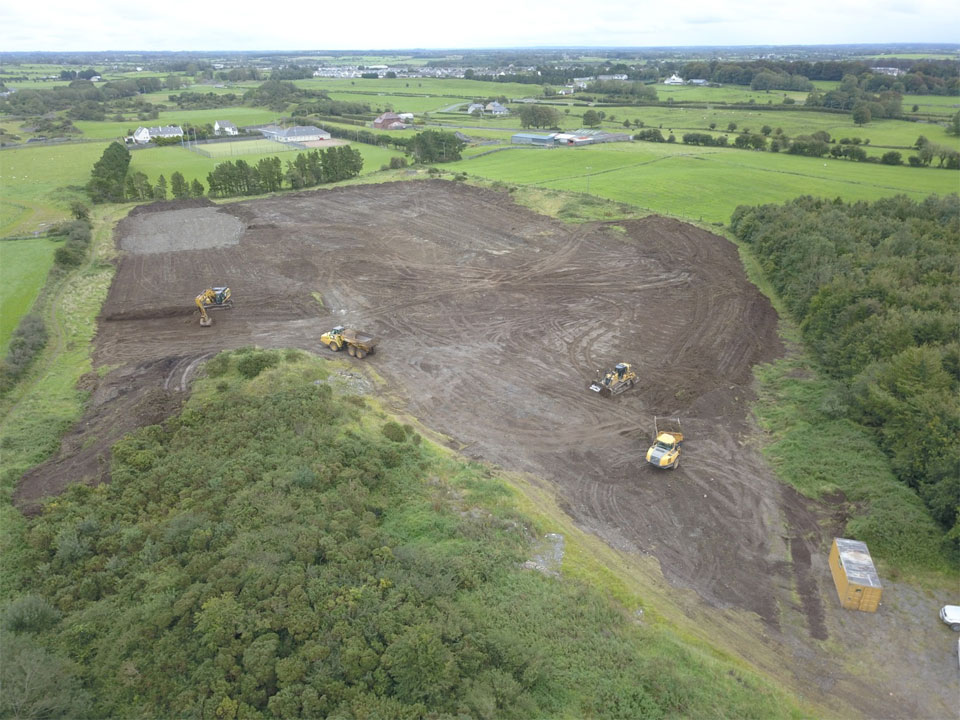 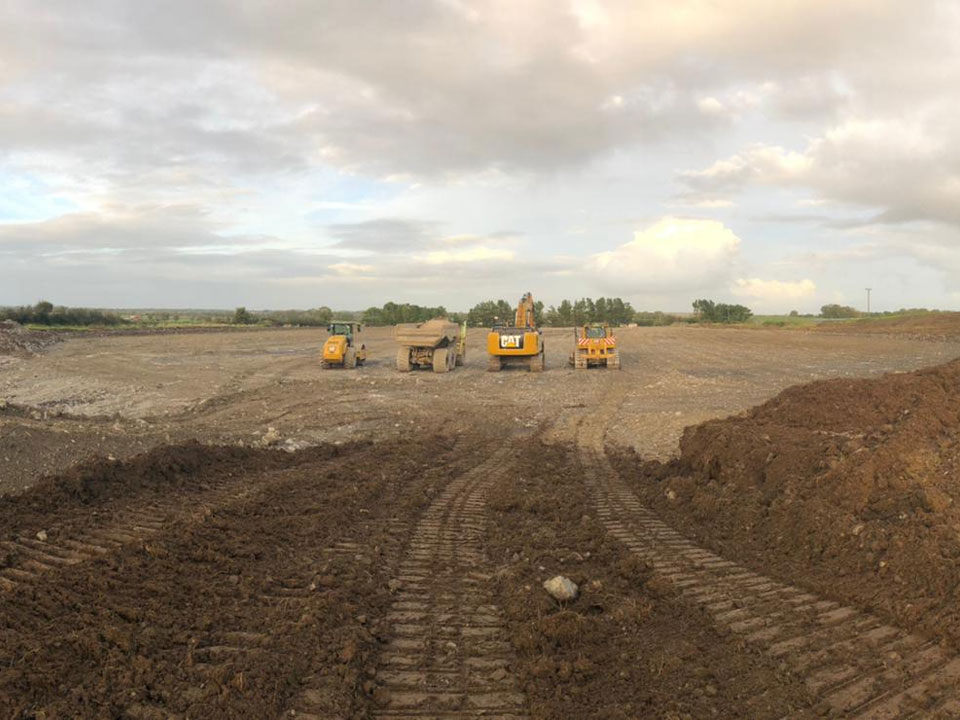 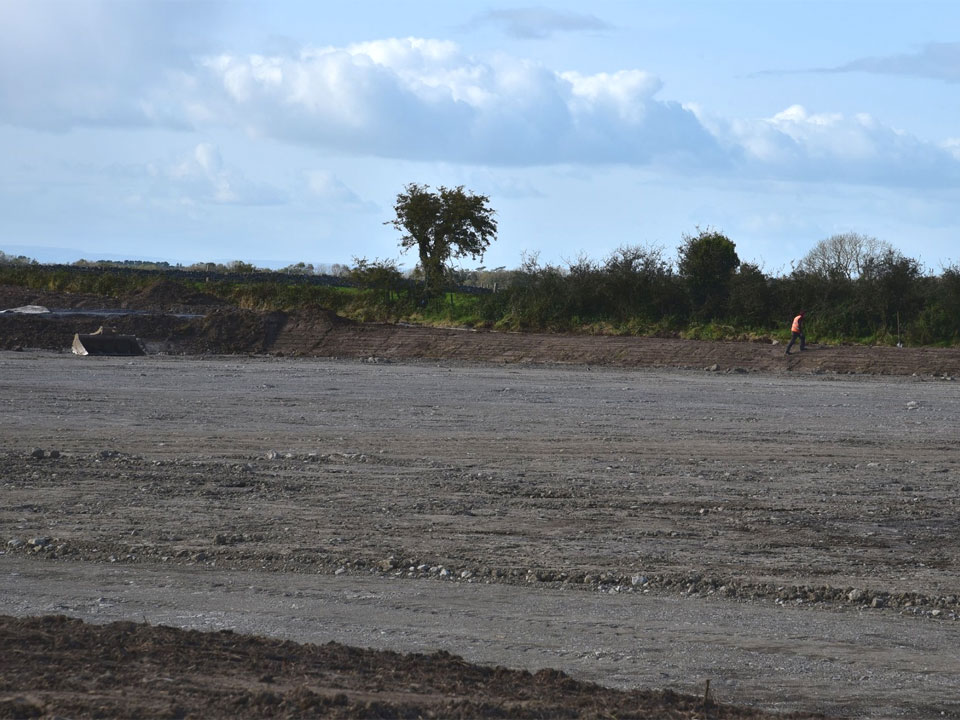 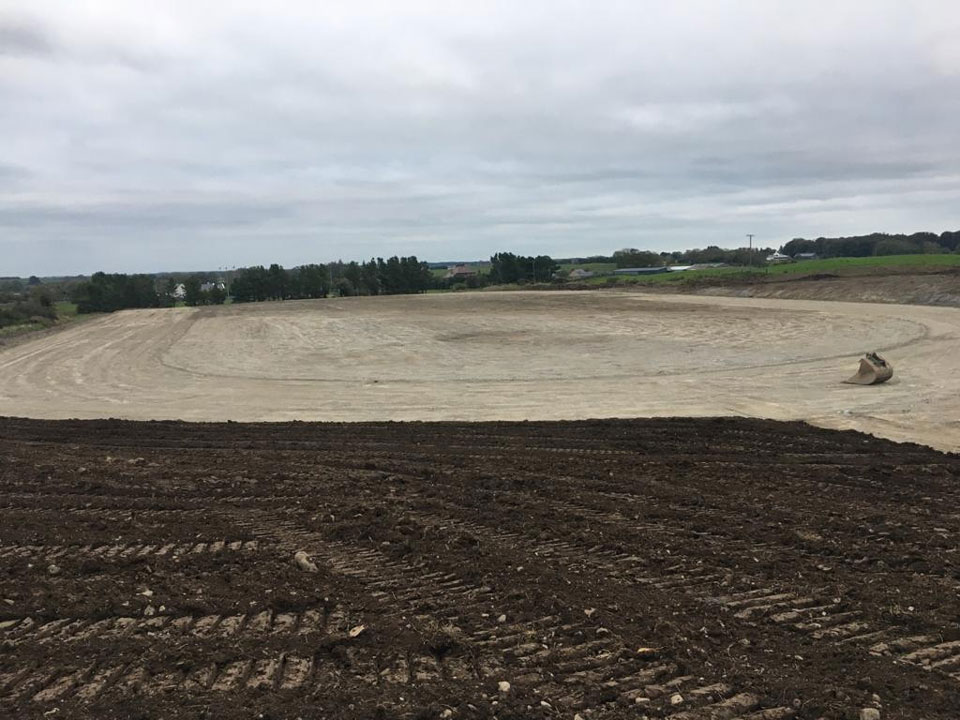 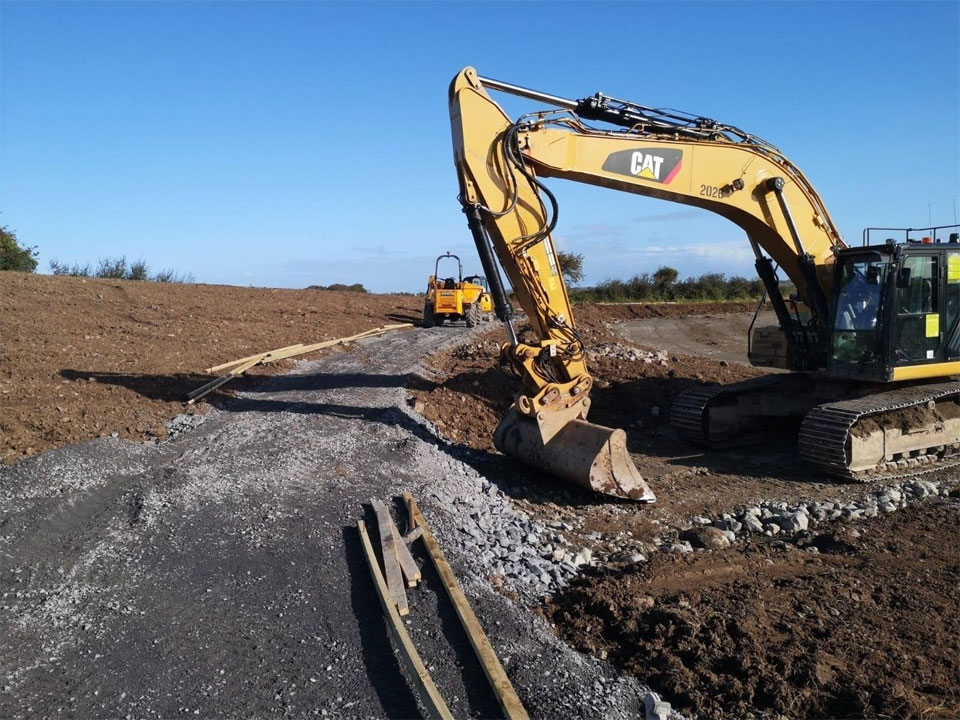 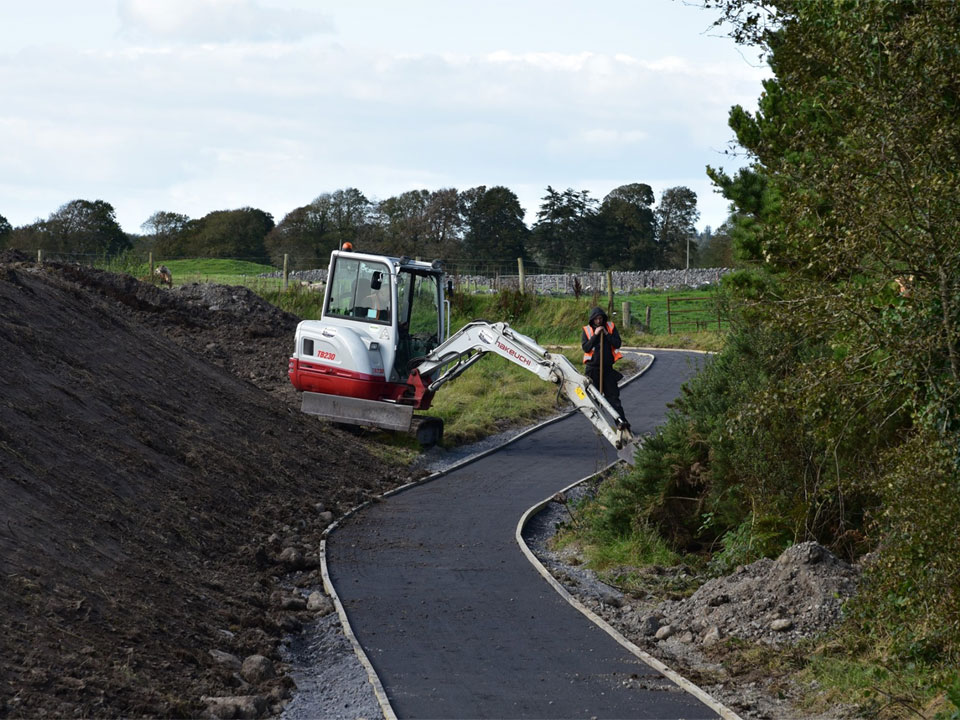 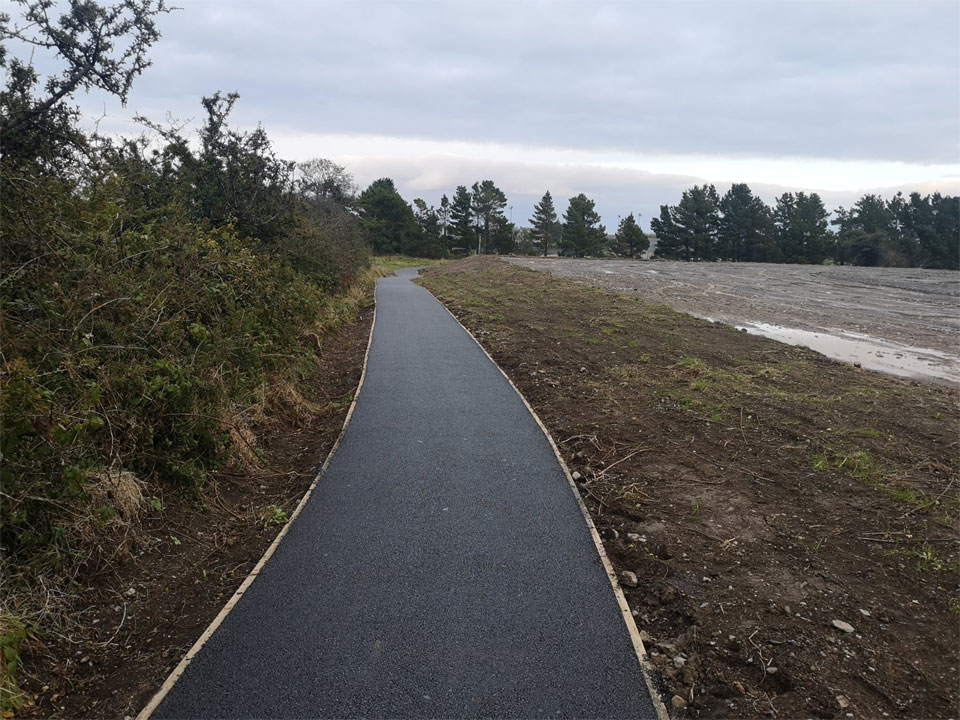 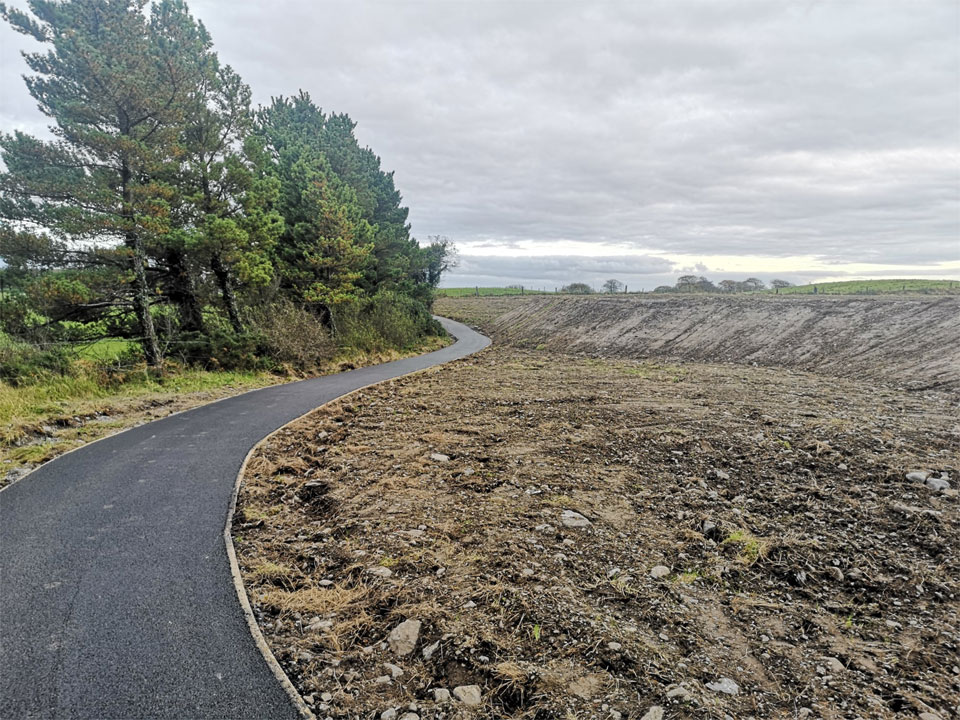 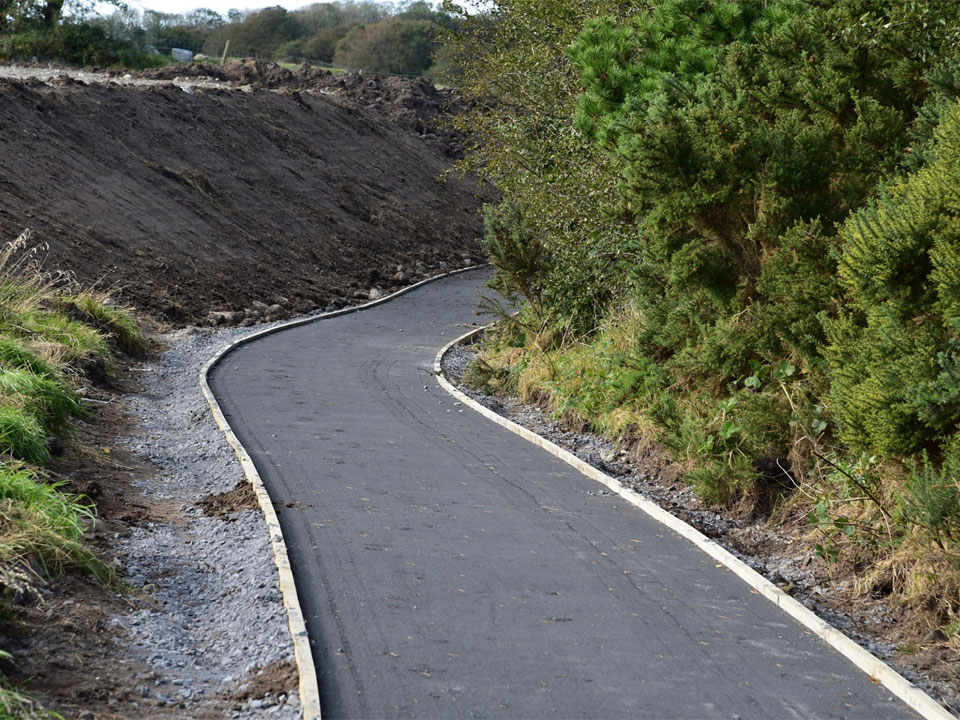 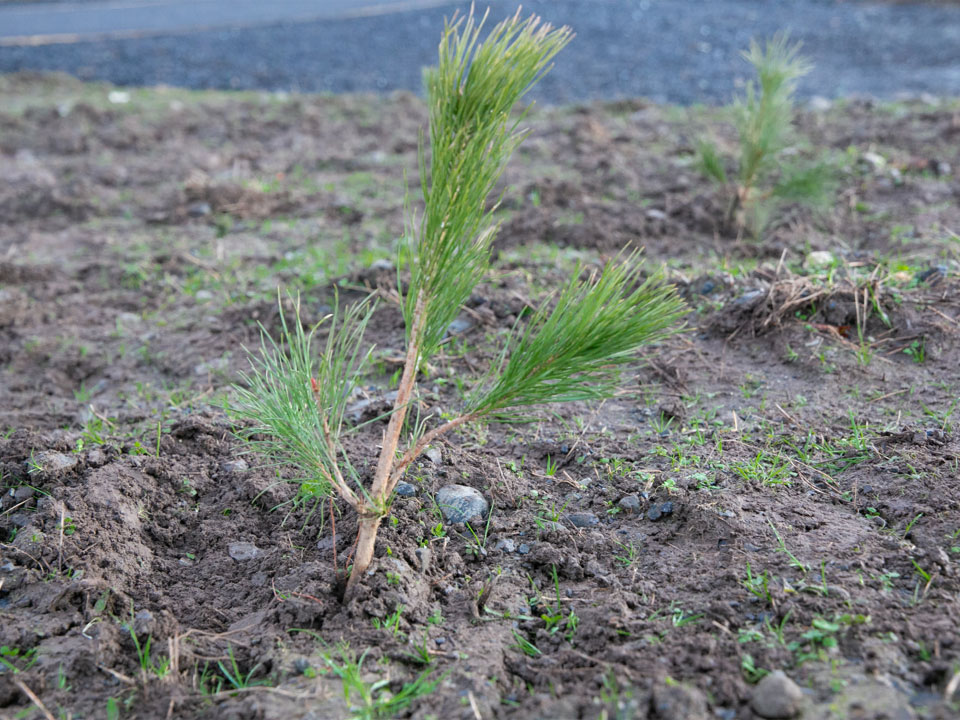 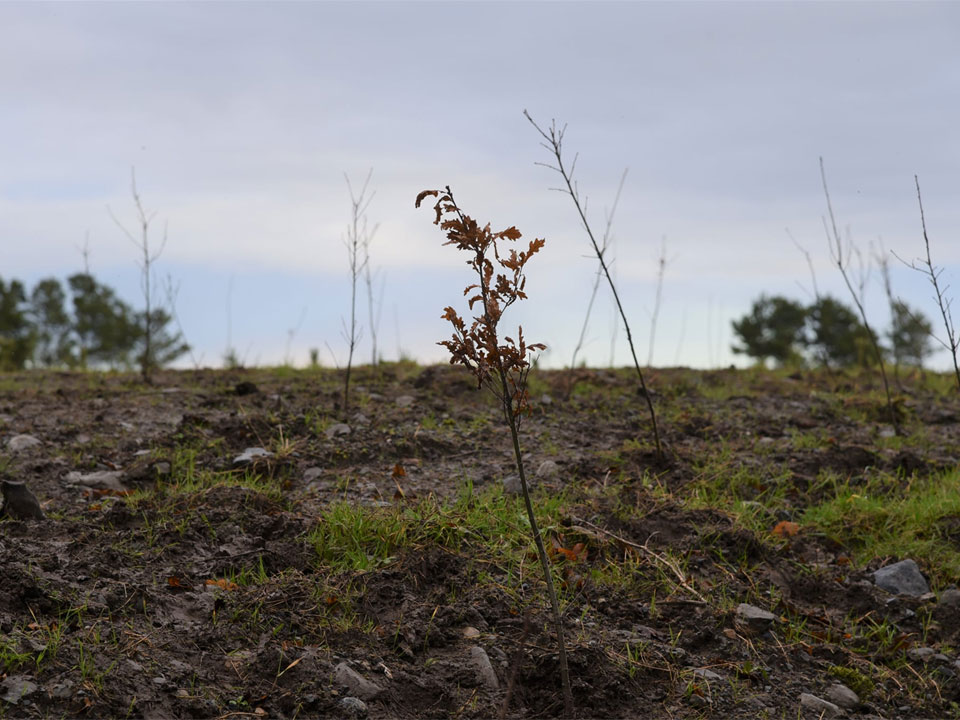 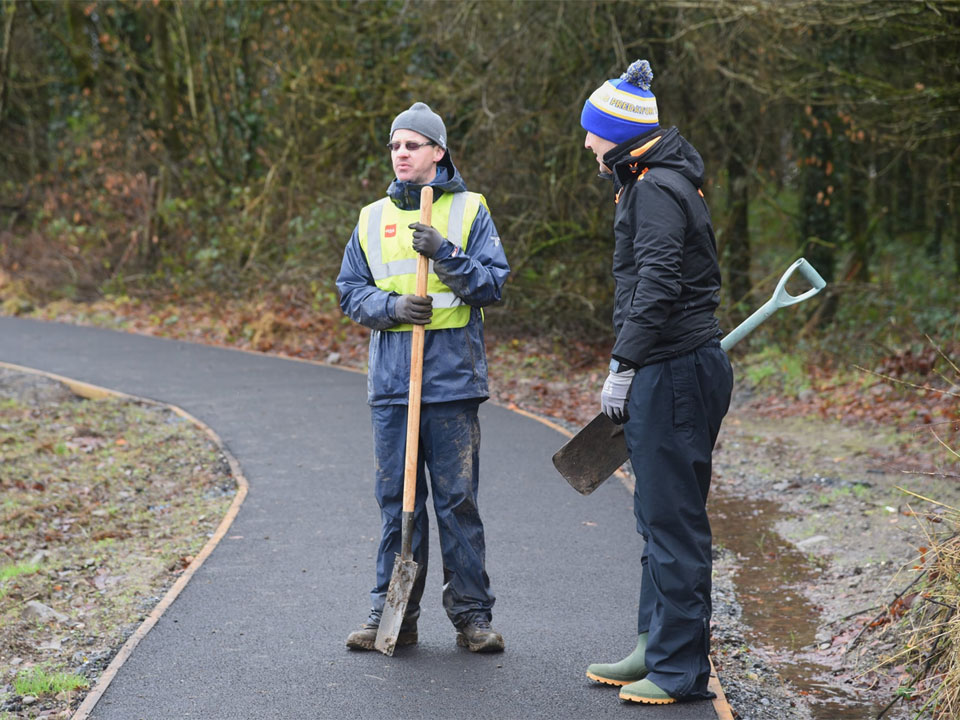 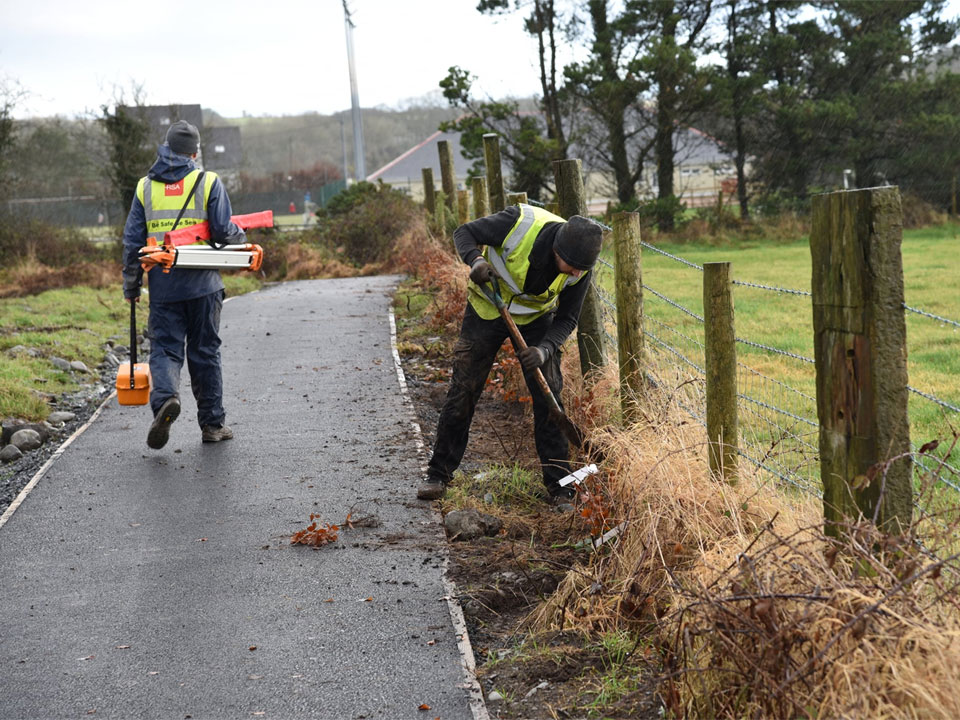 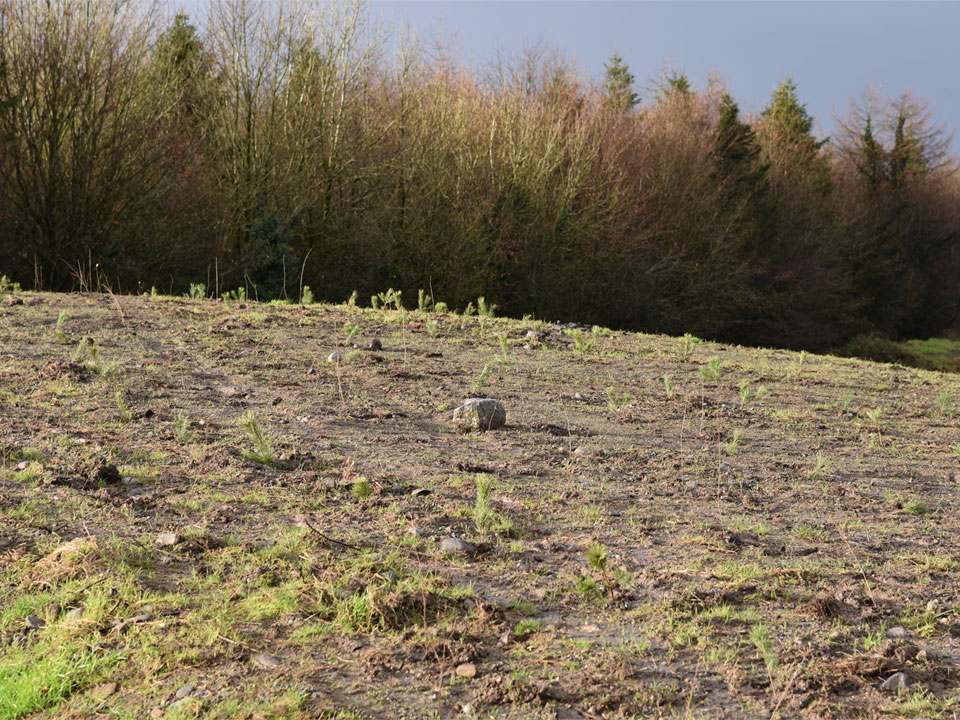 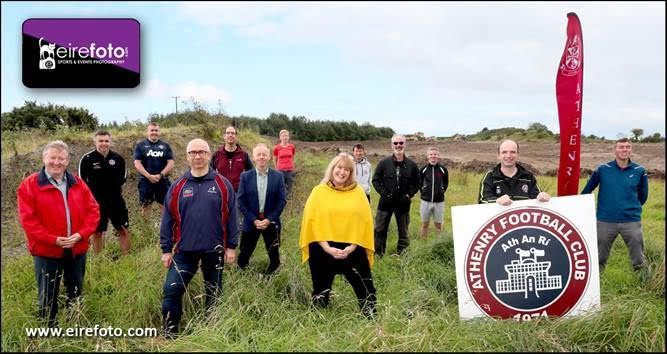 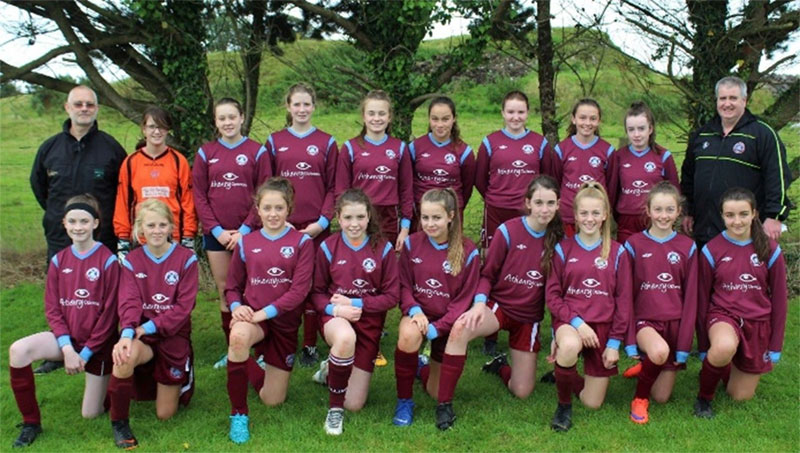 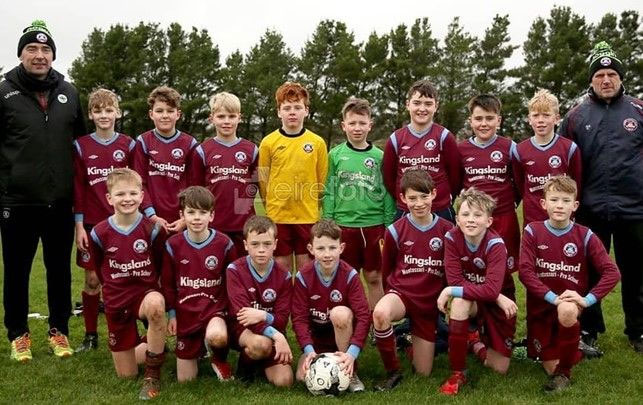 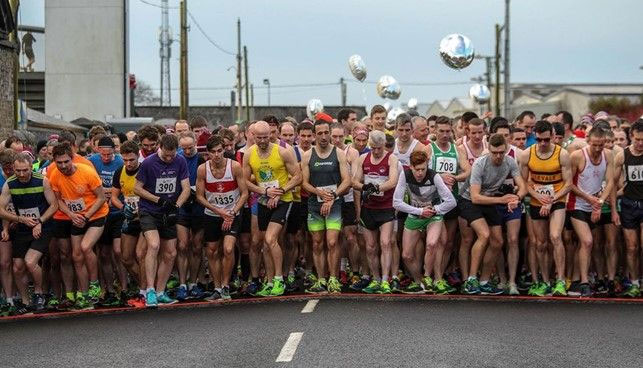 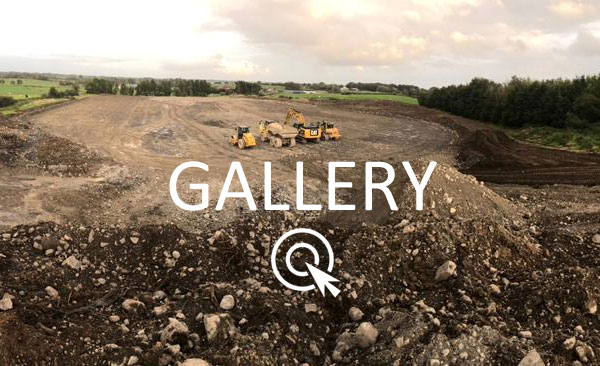 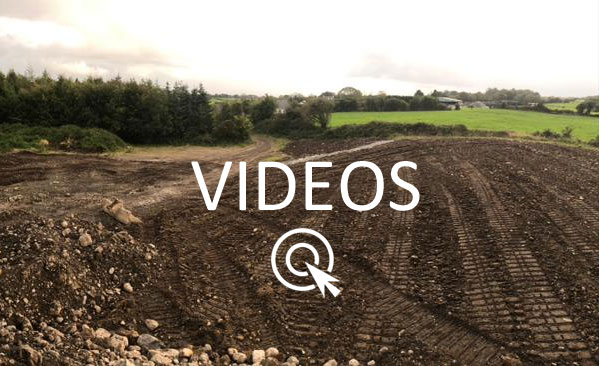 PLANTING FOR OUR FUTURE

Planting For Our Future is a creative, inclusive, collaborative, environmental, community initiative to plant trees, hedges and wildflower meadows. We have planted approximately 4000 trees, all native Irish species, which will create a sustainable, biodiverse and educational parkland that surrounds our sports facility. The trees, whilst providing a fantastic landscape for all to enjoy will also provide structural support to the ground and create a natural storm weather shelter. 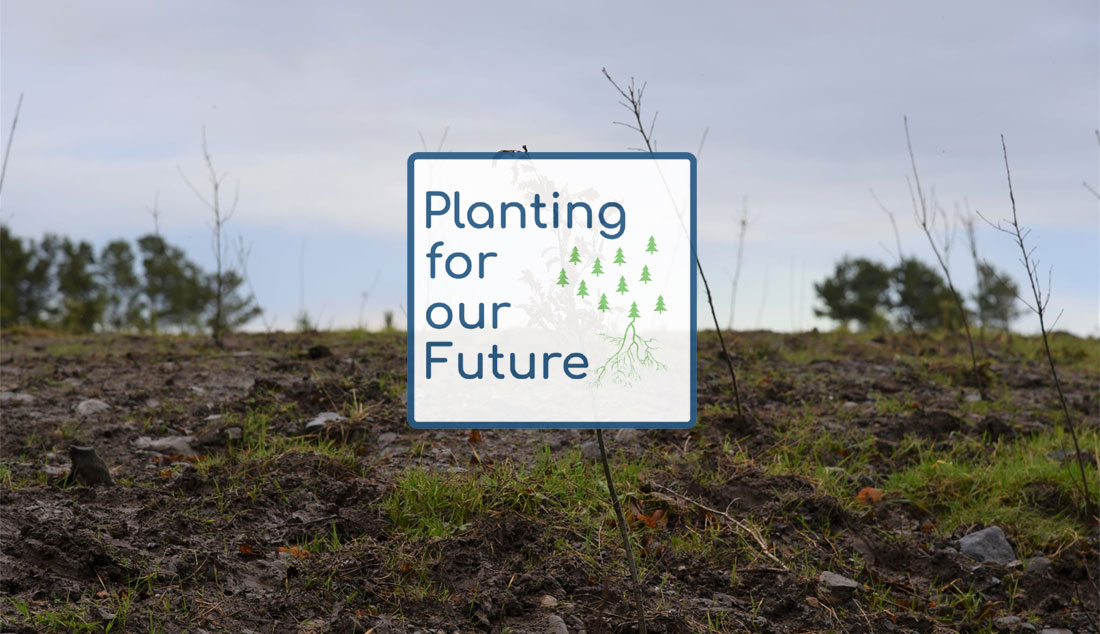 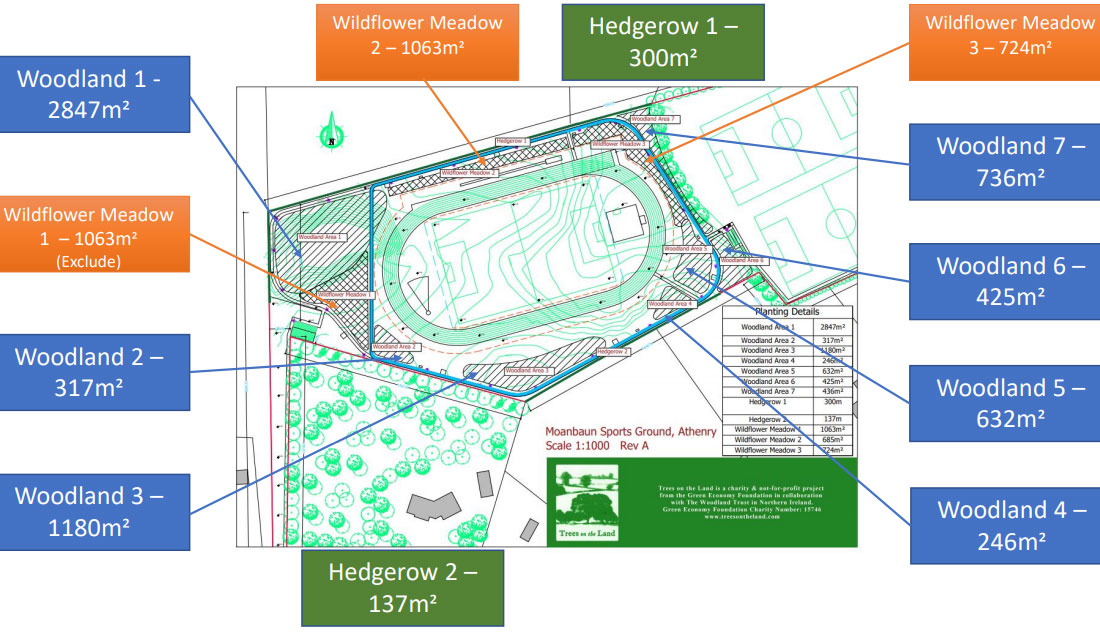 We want to give everyone the opportunity to sponsor a tree and in doing so help support our future. Sponsorship is just €20 and in return we will send you an individual electronic certificate and enter your name on our sponsors roll of honour. You can also dedicate your tree to a loved one, gift it as a present, or clubs can have their own tree on site.